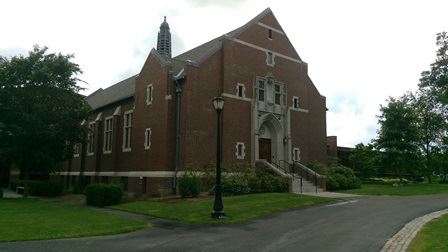 In 1930 the Board of Trustees authorized the erection of a new building. It was initially planned to be an addition to the rear of the main building, but it was decided that a separate hall would be more practical.

The new building was speedily built and it was ready for use by November of 1930. The building is named for Trustee Congressman Louis Adams Frothingham. He was the chairman of the funds drive for the new building. Sadly, he passed away in 1928, before the buildings completion.