Perhaps the most celebrated property within the Local Historic District is the birthplace of General Sylvanus Thayer; commonly referred to as the Thayer House. Sylvanus Thayer is most notable for his contributions to West Point Military Academy during his time there as superintendent, from 1817 to 1833. Under his supervision the school became the first engineering school in the country. 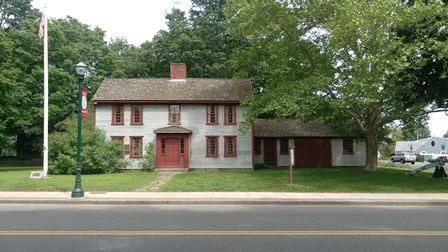 The saltbox style farmhouse was built in 1720 by Nathaniel Thayer. The house originally stood on the other side of Washington Street, where the Thayer Academy soccer fields currently are. In 1957 the house and property surrounding it was purchased by Walworth Manufacturing. The company planned to build a multi-million dollar industrial complex on the site. Recognizing the historical importance of the house, the manufacturing company turned the house over to the Braintree Historical Society on the conditions that the Society relocated the house. The house was relocated in 1960 to its current location across from Town Hall and it was painstakingly restored to its 1785 appearance; the year that Sylvanus was born.